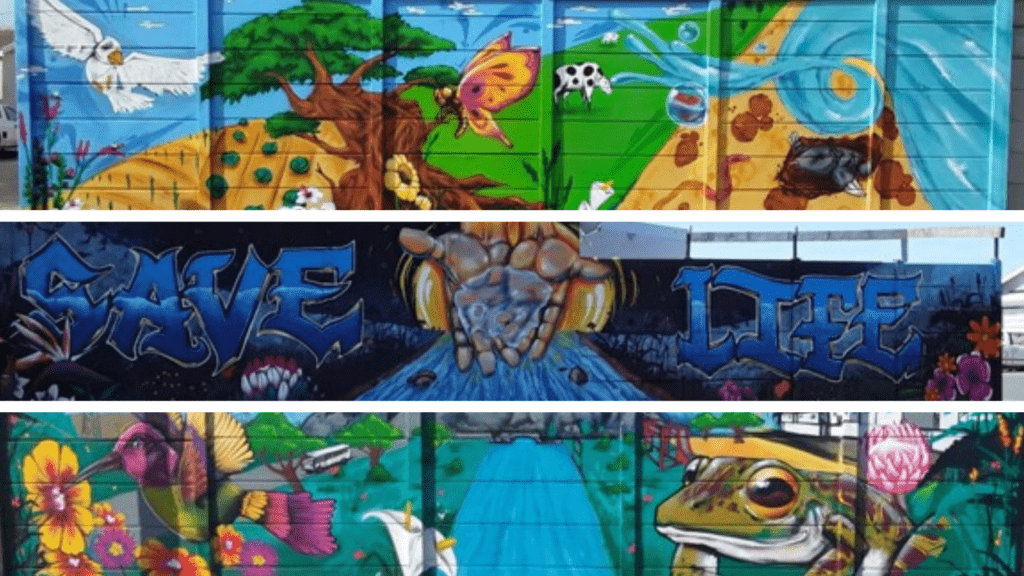 As the year draws to a close, it brings with it an end to the current phase of one of our transformative art projects – the Lotus Canal Murals. This project had its start in 2019, when we joined forces with local artist Seth from Khoiligraffi, who completed murals 1 and 2 in 2019. After the COVID-19 outbreak, the rest of the murals were put on hold and picked up earlier this year. The 5 murals are all adjacent to one another along the Lotus Canal, opposite Edith Stephens Wetland Park. We chose to paint a series of murals along the Canal to line it with not only beautiful artwork, but artwork that challenges the way people think about the Canal. Transformative arts has been a main pillar of The Umvoto Foundation since its inception (click here to read about our other transformative art mural project in Khayelitsha). We believe that transformative art can go a long way in challenging the way people think about their relationship with water and what a critical resource it is and inspire more proactive stewardship. Each of these murals try to highlight the importance of water in our environments, bringing particular attention to the Lotus Canal itself.

The first two murals form one long mural. They tell a story of the connective power of water. The water flows through a landscape, past flowers and animals and showing that these are all connected to one another. The water here, though, comes from a tap. This reminds us that the water we use is inextricably linked to the natural environment.

The third mural also forms part of the first and second. The narrative of the first and second mural is brought back closer to home. Now the viewer is challenged to think about how this connective power of water might be a reality in their own area. This is primarily by the representation of the Philippi Horticultural Area (PHA) through the crops and livestock. The PHA is a defining feature in the area, so the viewers will be able to recognise this as being representative of them and their communities.

The third mural is on a wall about ten metres away from the first two. When standing on the other side of the Lotus Canal looking at these three murals it is clear that they form one greater mural. This is seen below.

The fourth mural highlights the life-giving power of water. To save water is to save life itself. This is in a sense a direct challenge to the viewer to take responsibility for the role that they could play in saving this precious resource. The hands represent the impact that people have on water. Seth explained that there are two sides to this. It shows firstly that humans have the ability to destroy this resource with how we use water, but also that humans have the ability to save this resource if we steward it carefully. And lastly, the hands are taking water from what is representing the Lotus Canal, to bring this message back to reality for the viewer.

The fifth and final mural represents the potential that the Lotus Canal has. This is to inspire people as to what their environment could be. This shows a rehabilitated canal, with fresh flowing water, and a dynamic mix of plants and animals – the famous but endangered Western Leopard Toad (Sclerophrys pantherina), which is found within Edith Stevens. Other notable features in the mural include the Lotus Canal and Table Mountain, while the colourful houses directly represent the community.

How were the Murals received?

From feedback from Seth, we are pleased to say that these murals have been proudly received by the community, with other community members asking when more can be done! The importance of having recognisable features in the murals cannot be underestimated. Having something that people can recognise on a mural from their community helps people feel represented in an artwork. People will more likely to engage with the artwork and think about the message behind the art. As we close off this phase of the project and move into the new year we will certainly be looking for more projects that support the efforts we have made along the Lotus Canal. 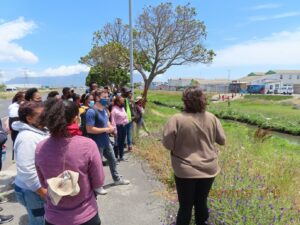 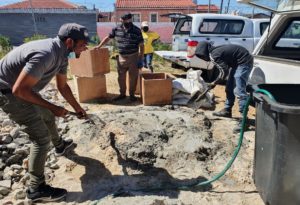 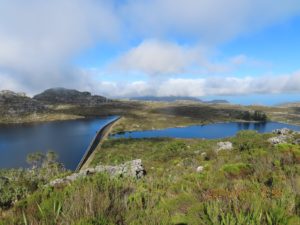