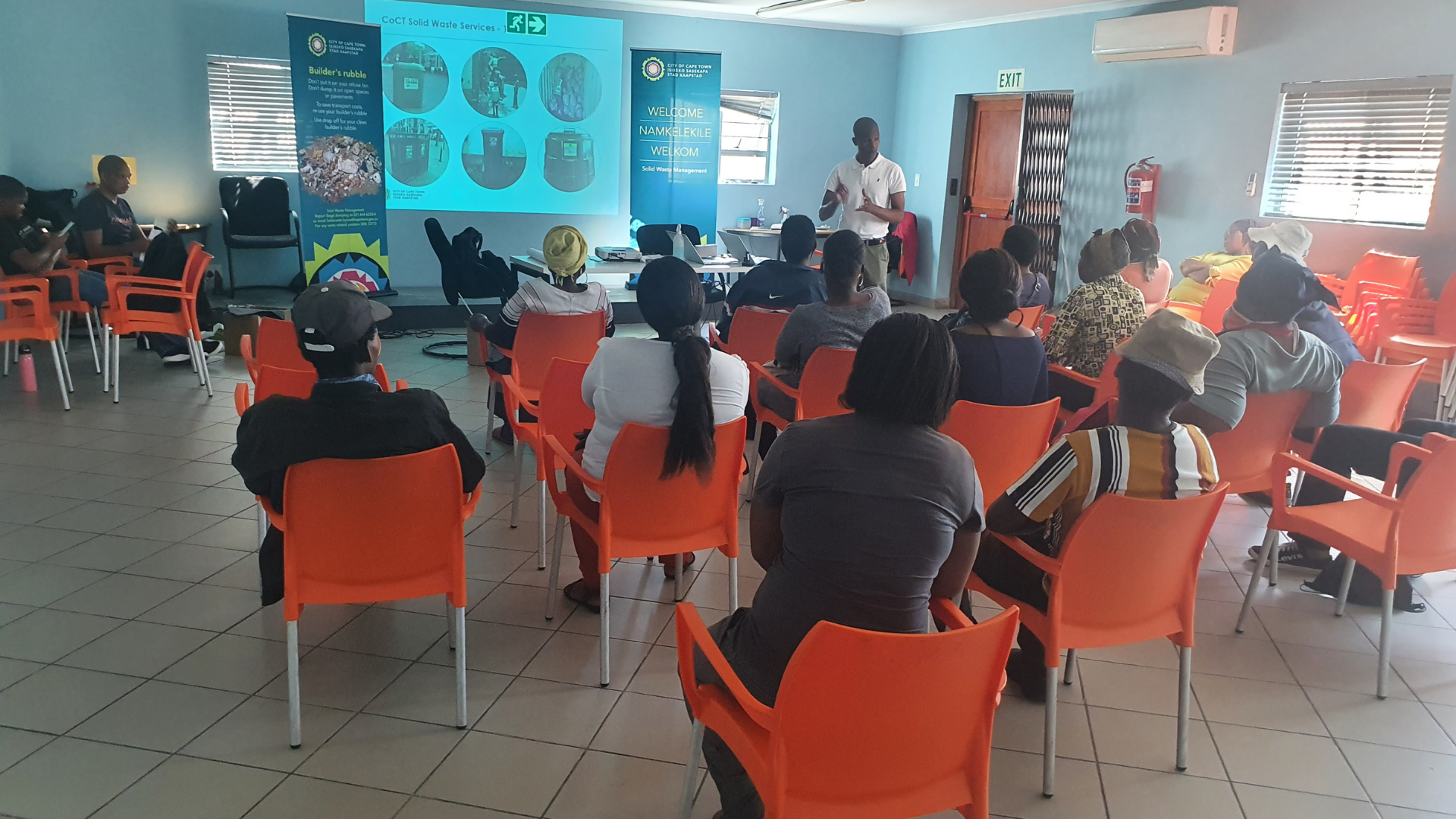 The next instalment of the Indawo, Abantu, Injongo eKhayelitsha initiative takes the weekly clean-ups one step further, through recycling. Building on the success of the recycled building rubble, the women-led group, guided by Busiswa Nomyayi, are accelerating their recycling efforts in the Khayelitsha area. The Umvoto Foundation (TUF) spoke to one of the members of […] 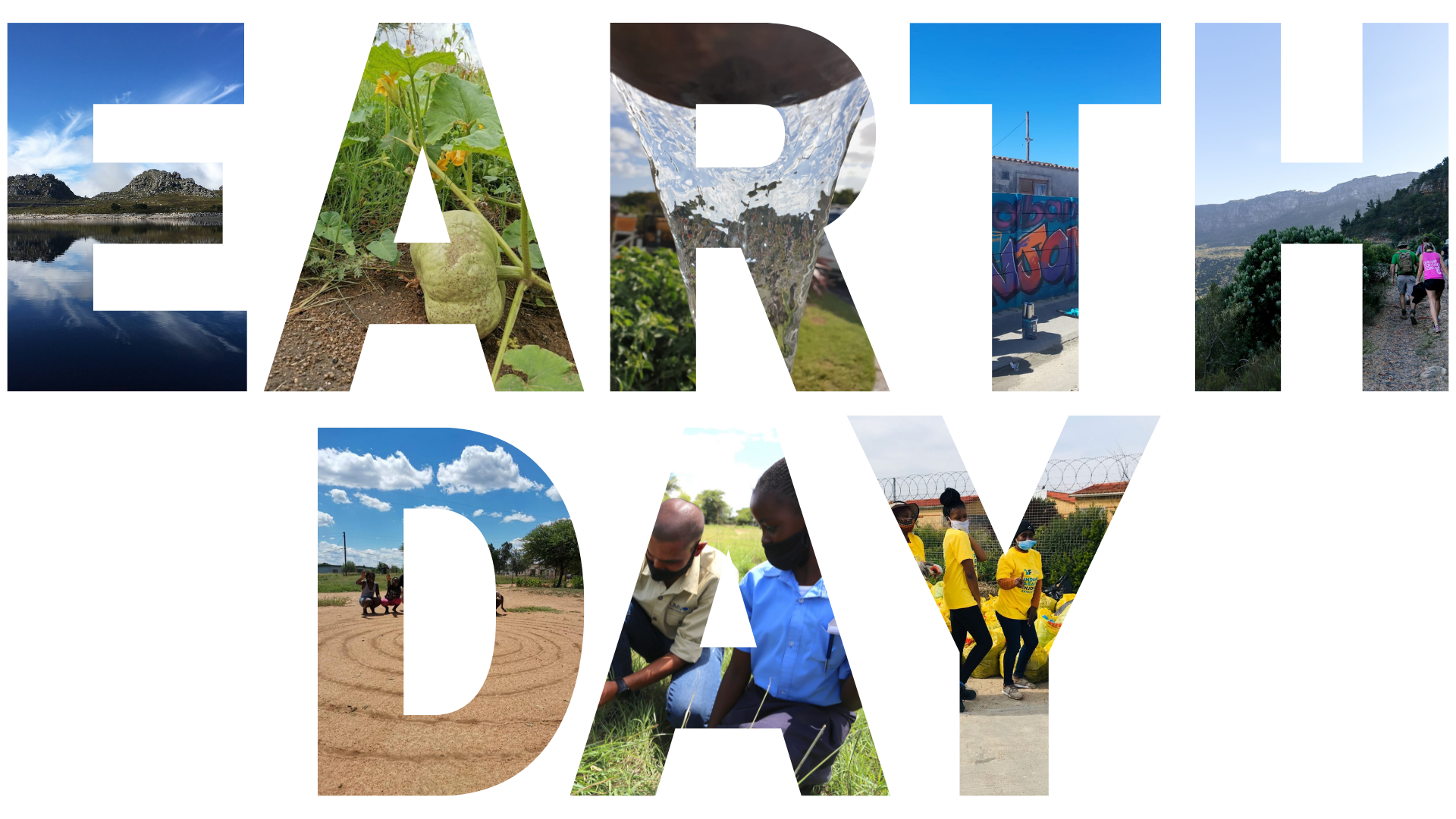 What does it mean to invest in our planet? This is the question posed to us on Earth Day this year. This year the theme of investing in our planet has multiple parts to it. Building healthy cities, countries, and economies is one of Earth Day’s main focus areas. We took the time to see […]

TUF has taken their geotrail series digital with Forge 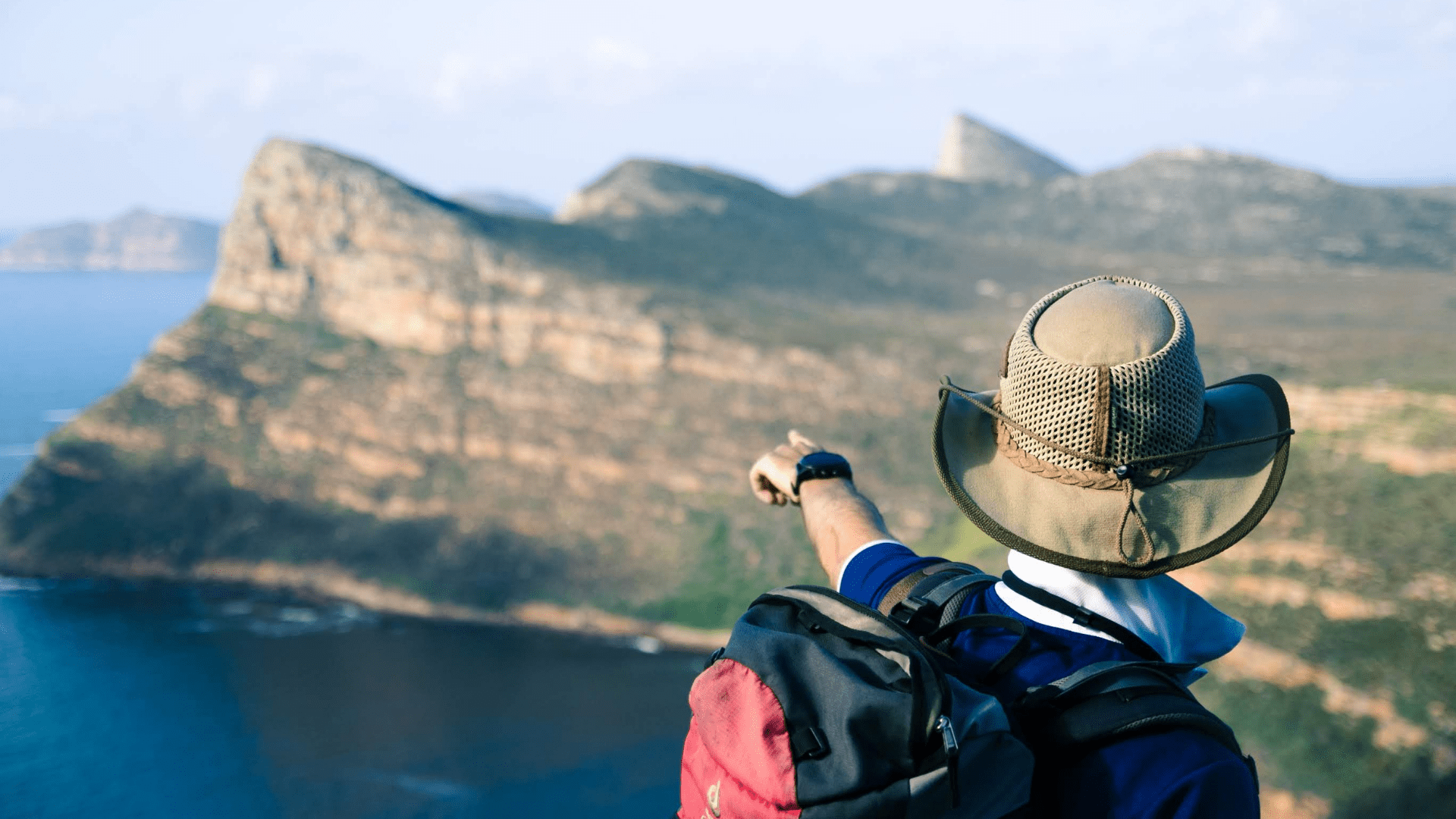 Back in mid-2021, The Umvoto Foundation (TUF) team approached Forge to host a digital version of their first in a series of geotrails around southern Africa. The Table Mountain Dams Geotrail guides hikers through the history, construction, geology and climate of Cape Town framed against the story of the evolving water supply challenges that the […]

Enabling community empowerment through citizen science: A demonstration on water quality sampling in the Lotus Canal 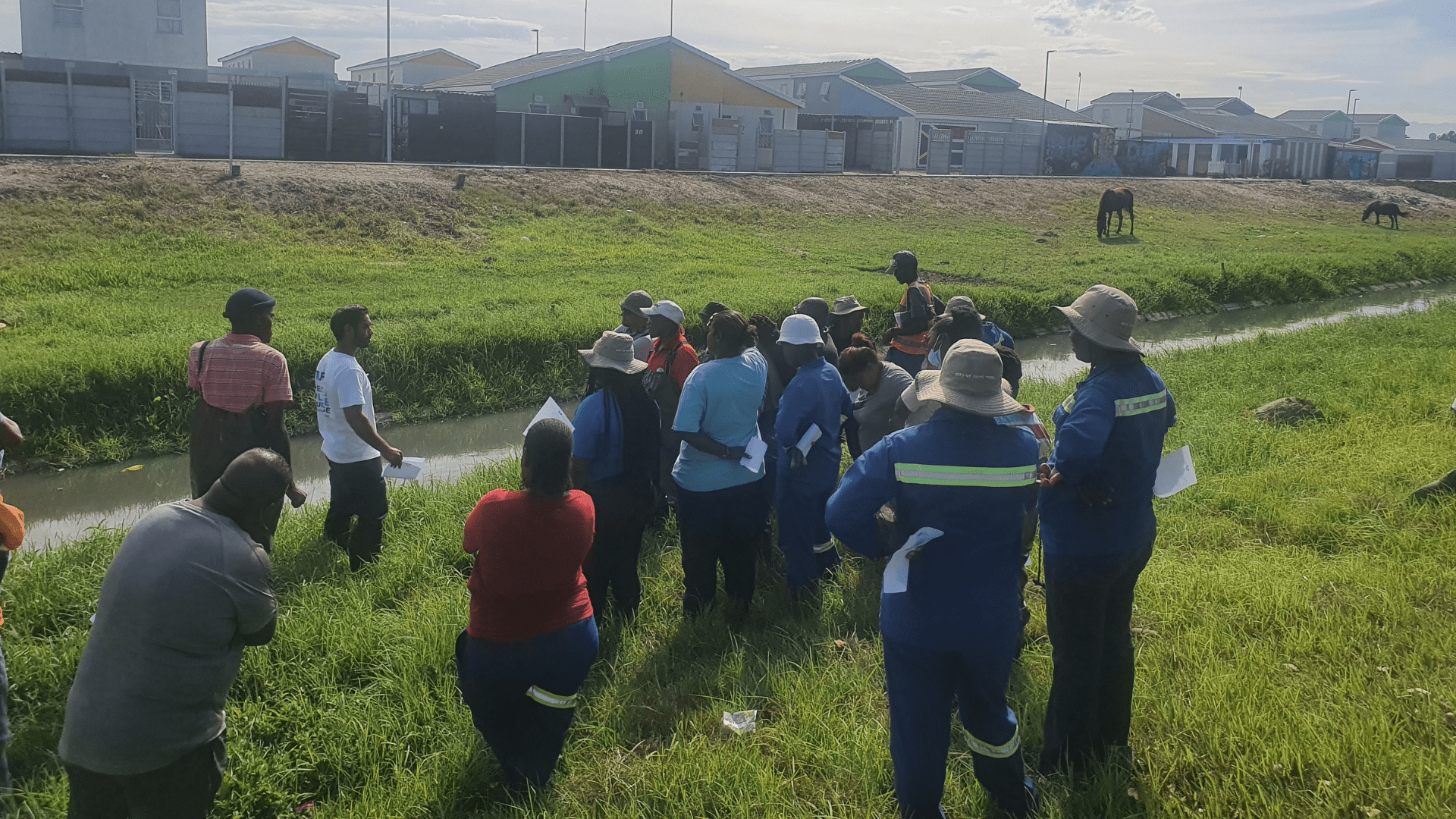 Building on the already strong relationship between The Umvoto Foundation (TUF) and the Edith Stephens Nature Reserve (ESNR), TUF was asked to do a demonstration on water quality sampling in the Lotus Canal. The demonstration was meant for the ESNR’s employees that form part of their Extended Public Works Programme (EPWP).   The ESNR’s EPWP workers […] 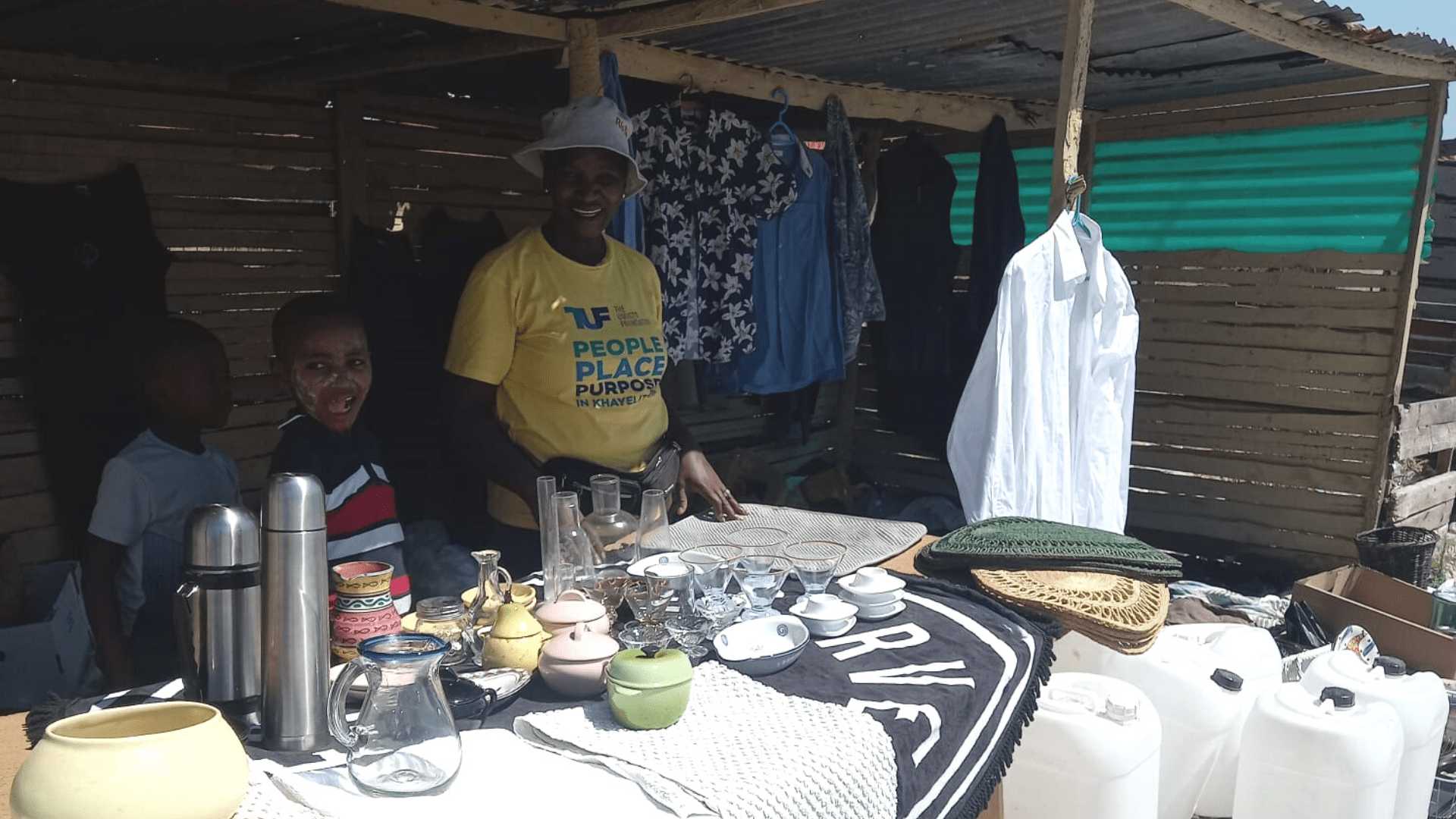 The ladies from the Indawo, Abantu, Injongo e Khayelitsha initiative have been busy over the last few months. Their weekly street cleanups require a growing number of tools and resources for their ever-expanding team. Recognising this need, the team decided to start a secondhand stall to fund this growing need. The team had been planning […] 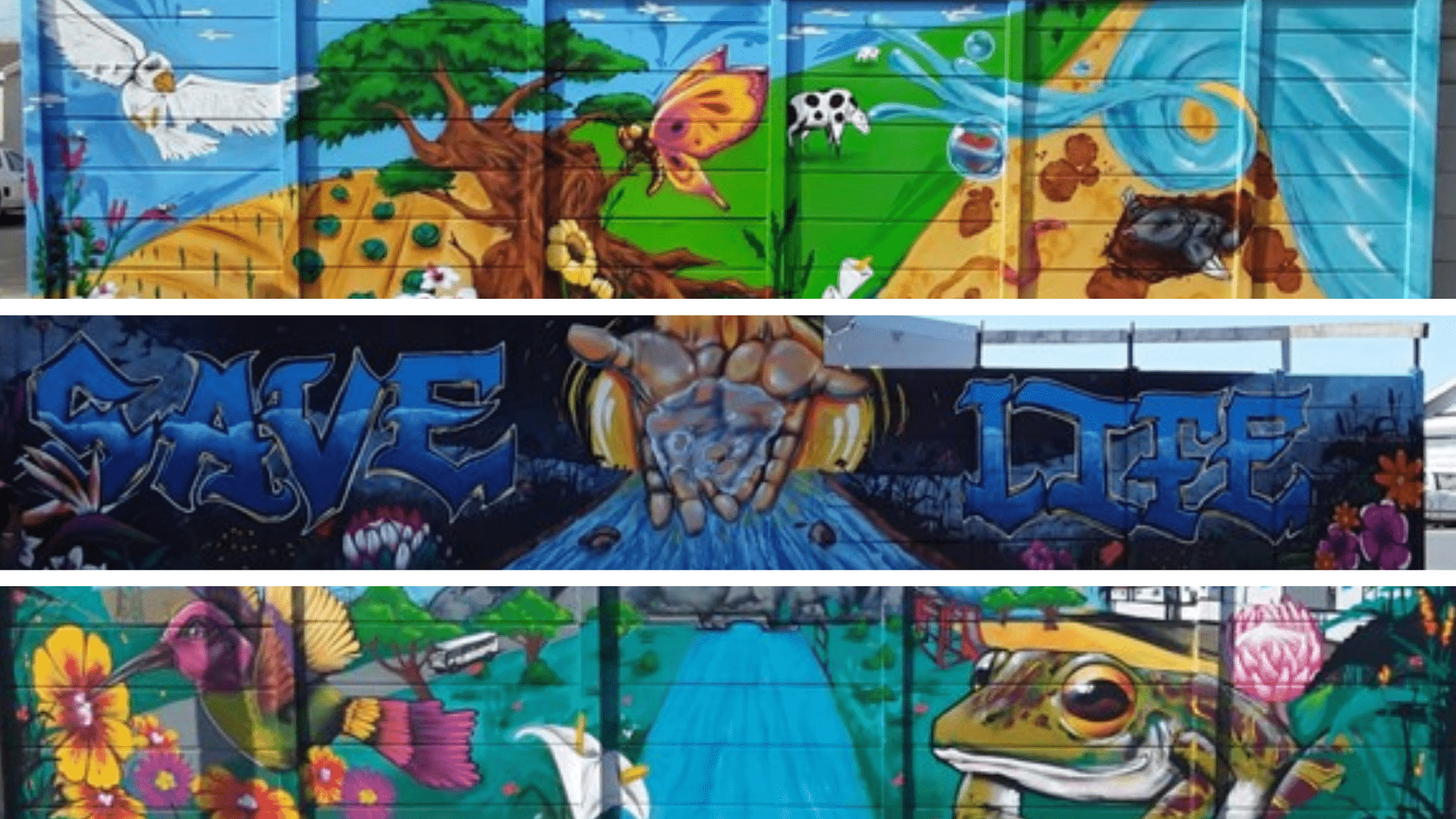 As the year draws to a close, it brings with it an end to the current phase of one of our transformative art projects – the Lotus Canal Murals. This project had its start in 2019, when we joined forces with local artist Seth from Khoiligraffi, who completed murals 1 and 2 in 2019. After […] 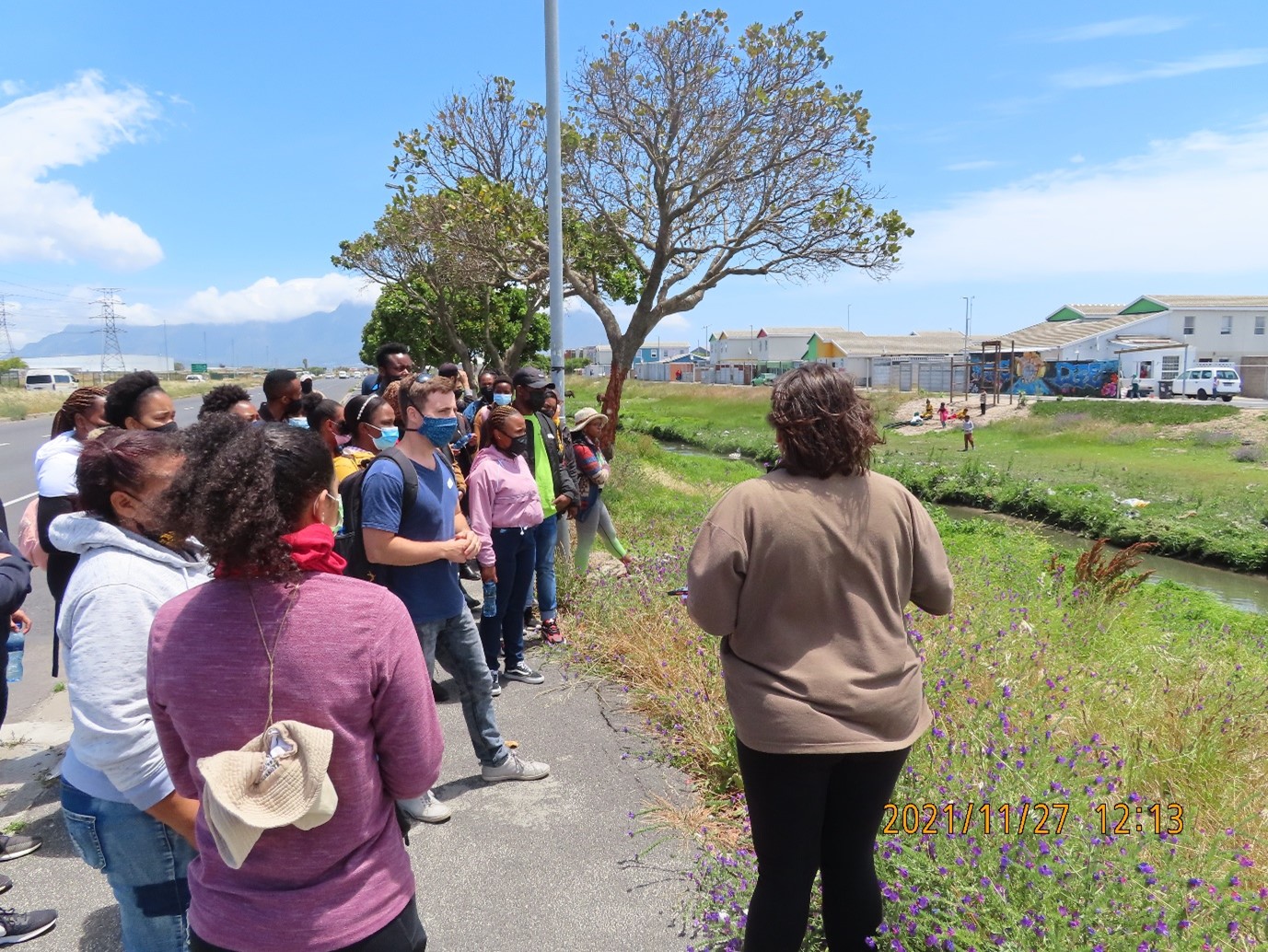 TUF and IAIAsa hosted students from various tertiary institutions for a tour around the Edith Stephens Nature Reserve. The tour highlighted the importance of the Nature Reserve, the Lotus Canal and the underlying Cape Flats Aquifer in relation to its surrounding environment and communities. 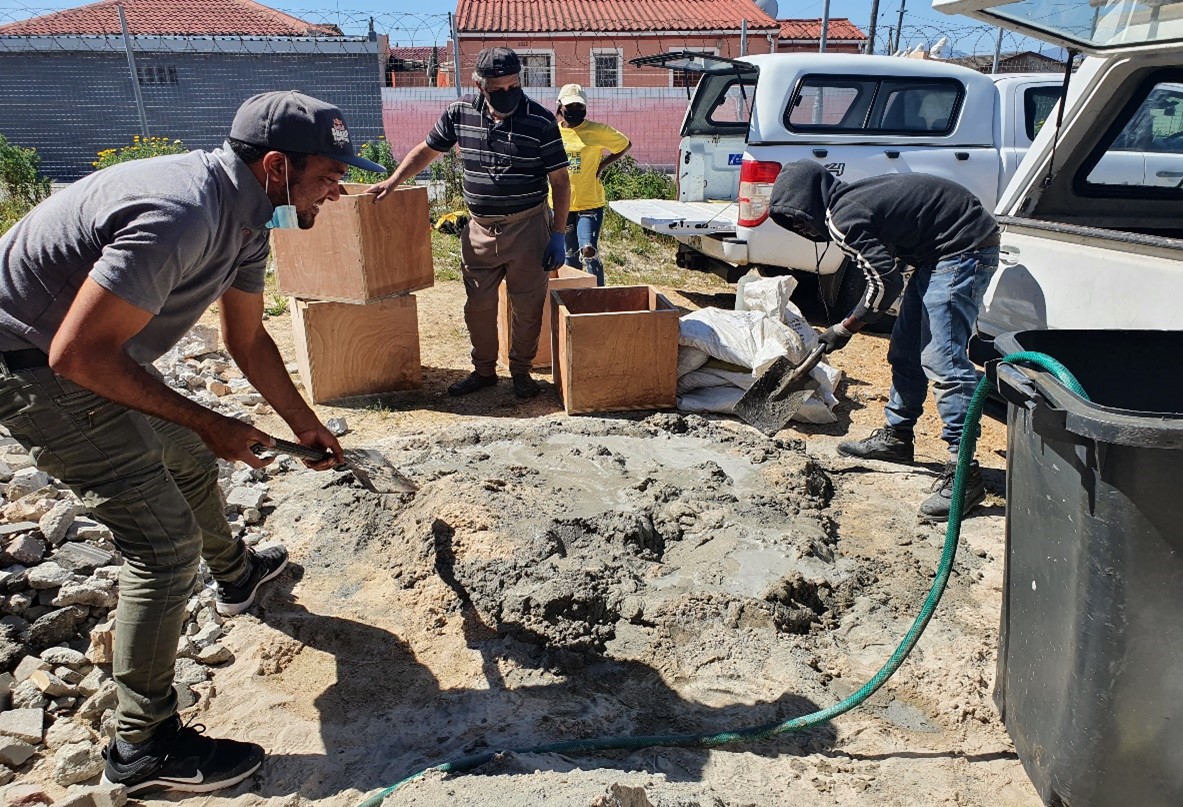 As part of the Indawo, Abantu, Injongo E Khayelitsha initiative, we have begun the process of recycling building rubble in order to create concrete benches. The project demonstrates the importance of finding creative ways to reduce waste in the area. 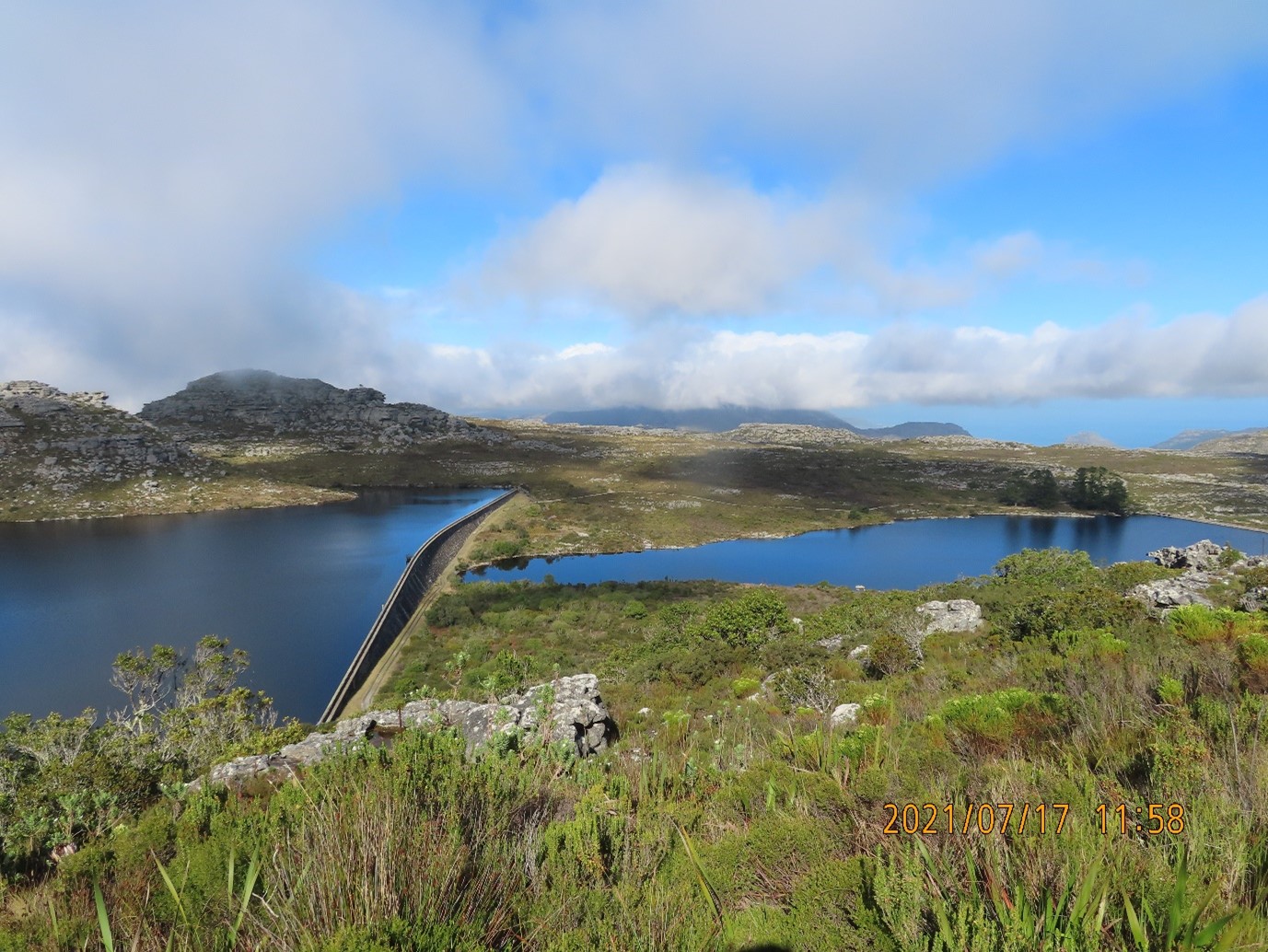 This Heritage Day we celebrate the abundant overflowing of our dams, as the rainfall appears to have returned to what Capetonians refer to as the “normal cold and wet winter of the past”, leaving many of us puzzled about the riddle of climate change.  However, the 2015/17 drought and the consequent shortage of water, which […]

Transforming a community one mural at a time: A Local Artist’s inspiration 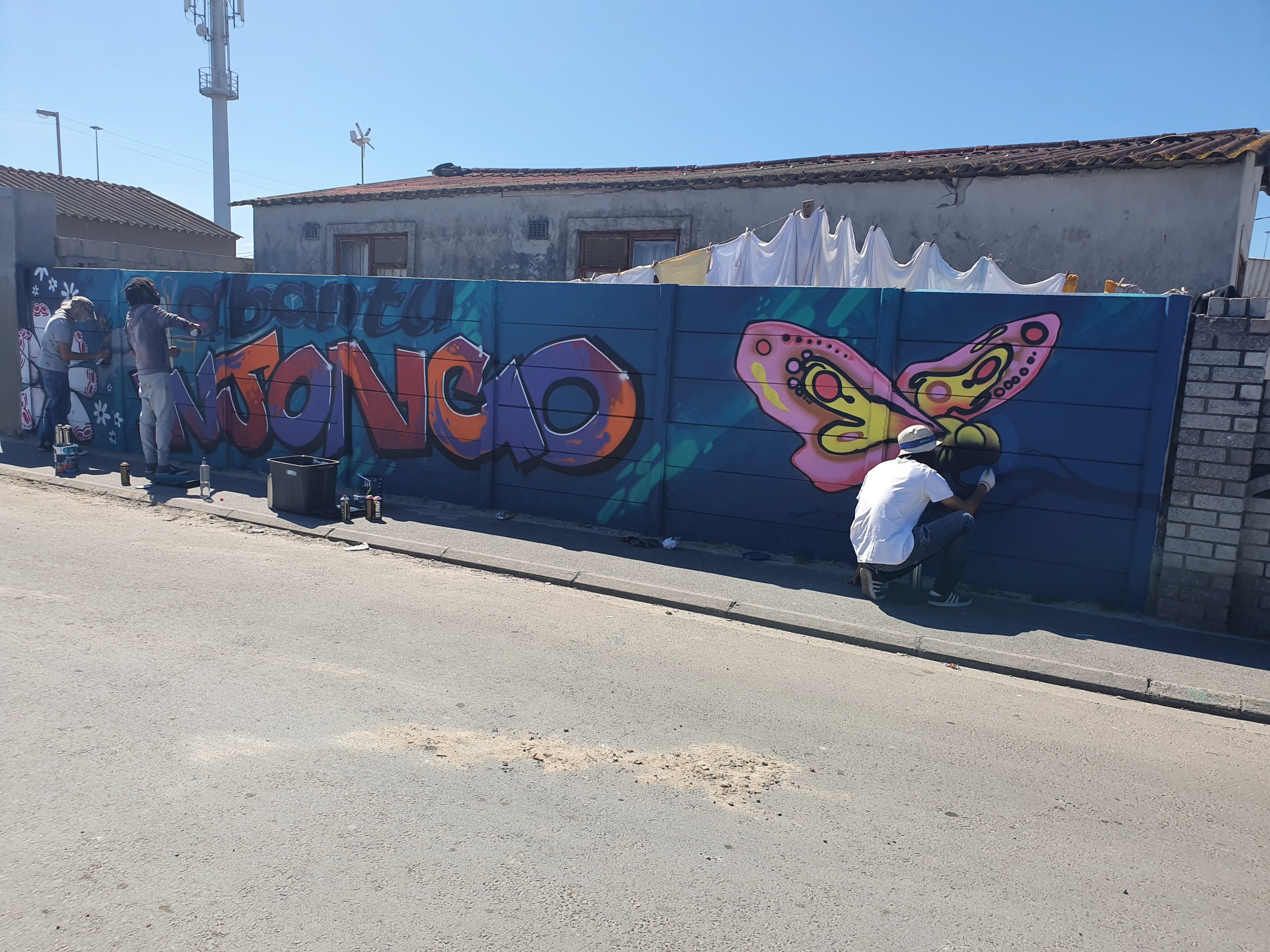 Alongside local artist Seth, we have recently completed one of our projects in Khayelitsha – an art mural. This forms part of the Indawo, Abantu, Injongo E Khayelitsha initiative started by Busiswa Nomyayi. We got the opportunity to interview Seth about the role that art can play in this initiative.